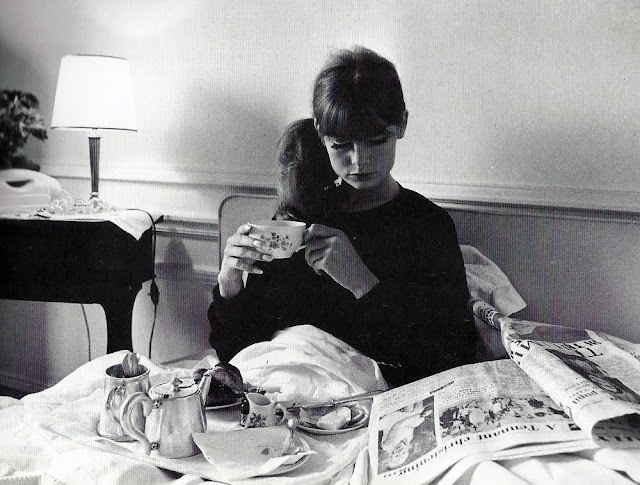 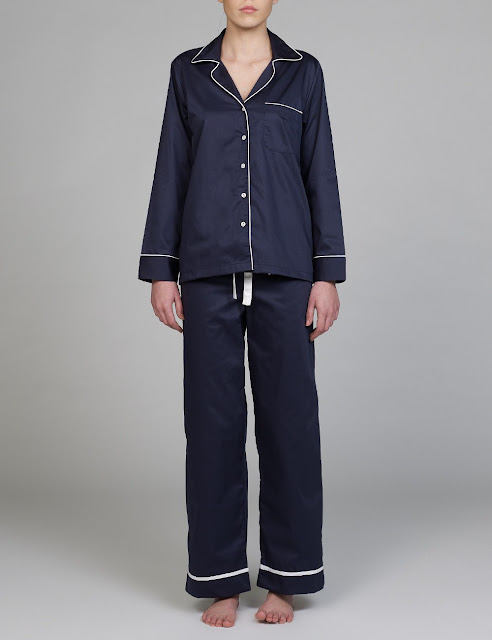 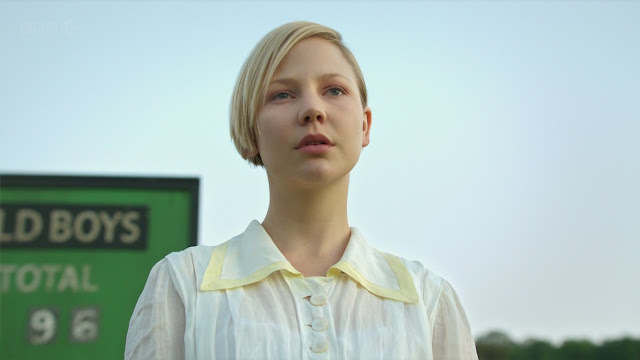 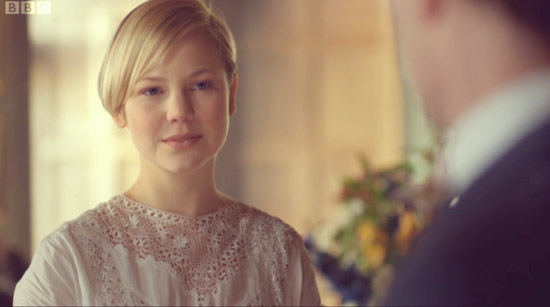 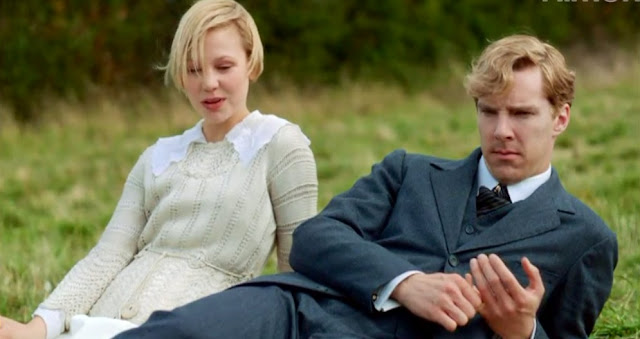 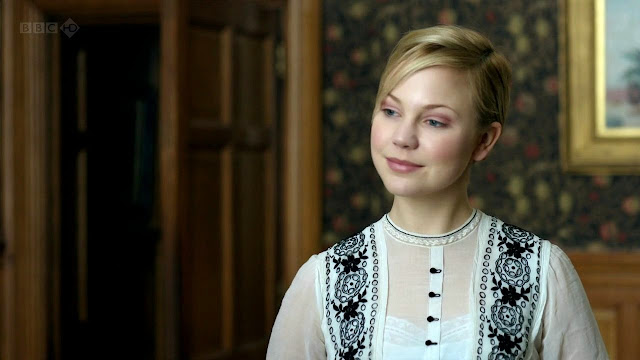 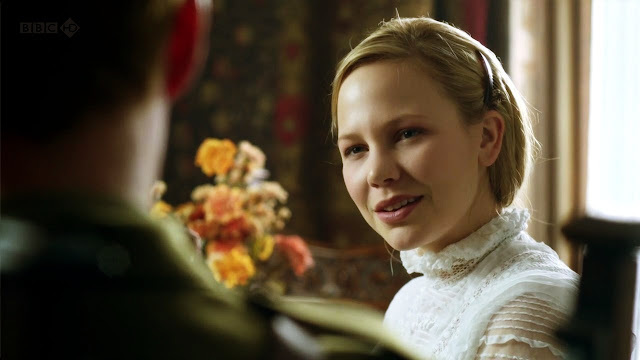 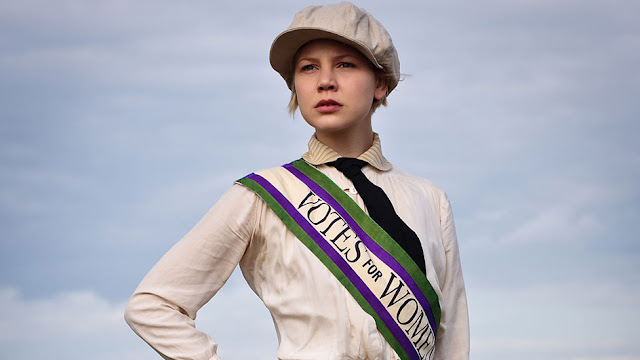 Before there was the new season of Downton Abbey to get snuggled up in-front of on a Sunday night, in your POPLIN PJs... there was Parade's End.

Ford Maddox Ford's wartime novel was reworked for the small screen by Tom Stoppard with an impressive cast of names including POPLIN favourite, Rebecca Hall, and Benedict Cumberbatch.
But it was new name, Adelaide Clemens, or rather the character she plays- Valentine Wannop, who became our latest girl-crush. Her flighty, noble character is the perfect foil to the haughty wife played by Rebecca Hall, and we were rooting for romance to blossom between her and the most stiff upper-lipped of all heroes- Christopher Tietjens.

Anyway, this isn't a review of the drama itself, but a quick snapshot of Valentine's wonderful look: a shock of fairy-like blonde hair, ladylike buttoned up collars and a puff of broderie anglaise, finished off with a suffragette sash. How chic! 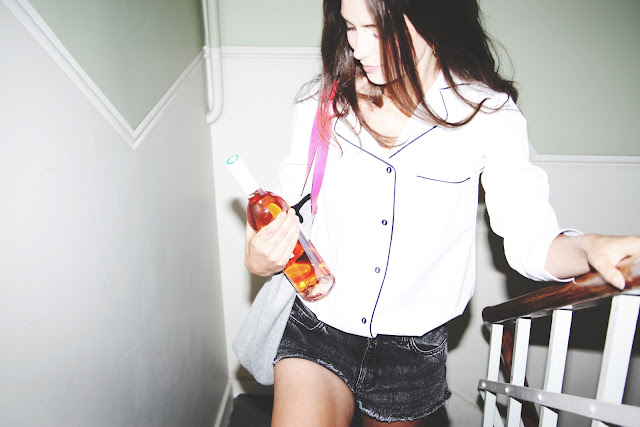 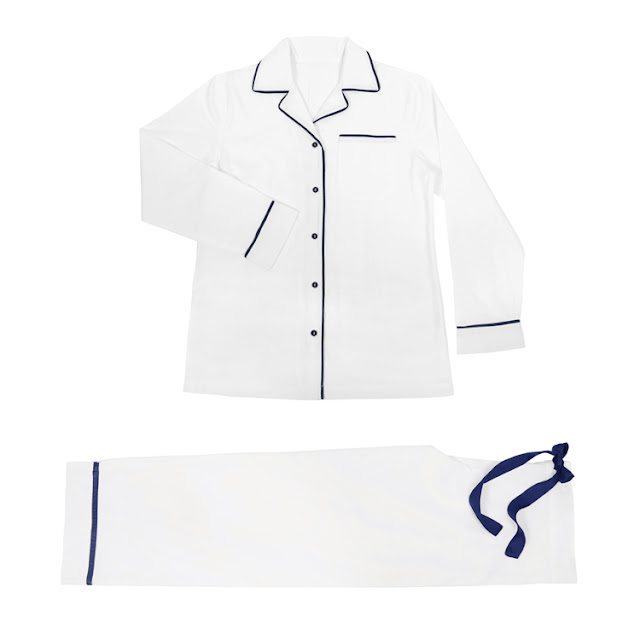 Our hugely popular POPLIN Classic Bardot Pyjamas are back in stock in all sizes!
Model and style muse Laura Bailey has called them "pretty perfect" and we're inclined to agree: channelling effortless French style, timelessly sophisticated and flattering on women of all ages- from 16 to 65.
Soft white cotton, chic navy piping, flattering loose-cut trousers and a classic, gamine pyjama shirt.

Girl in a Nightshirt 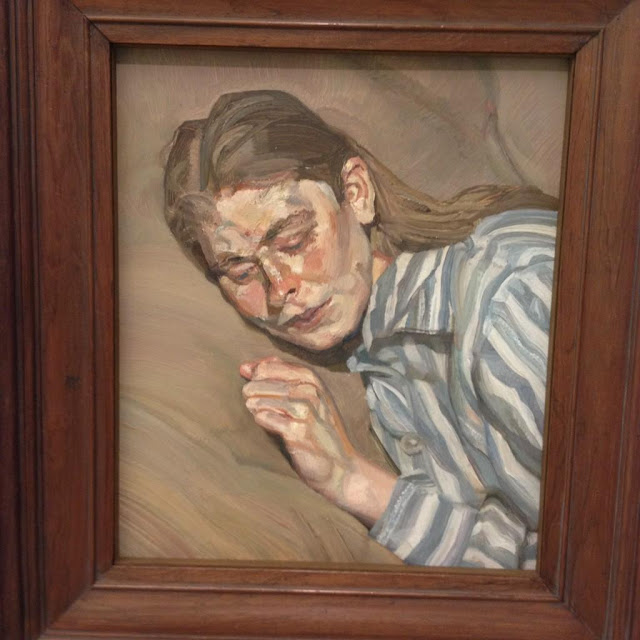 A rainy morning spent sheltering in Tate Britain today, to see the Pre-Raphaelite exhibition. It was brimming with inspiration for AW13/14: the fashion merry-go-round means that design for next Winter is already well under way.

But what caught my eye and captured my ever pyjama-clad imagination was this Lucian Freud of a girl in a classic, masculine night-shirt.

It reminded me in its tomboyish simplicity of our POPLIN Mitford Nightshirt. 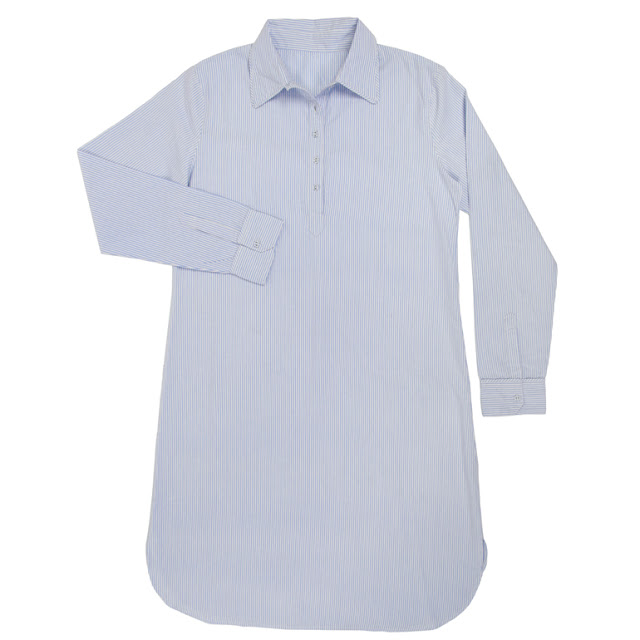 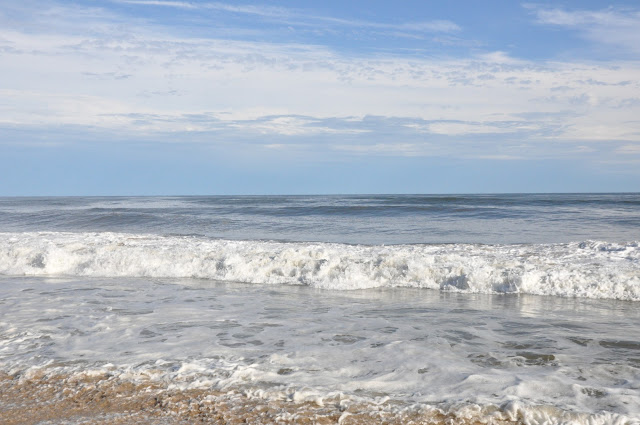 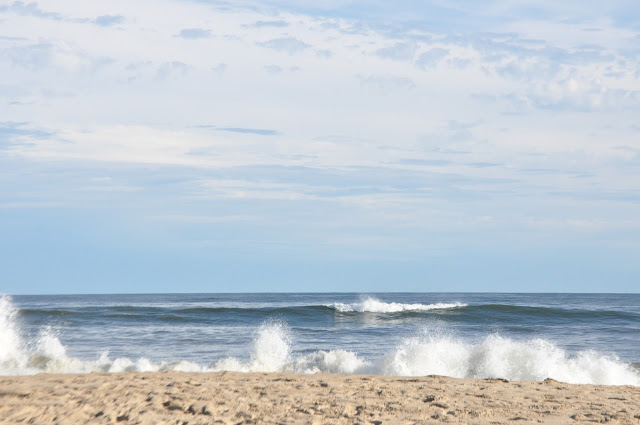 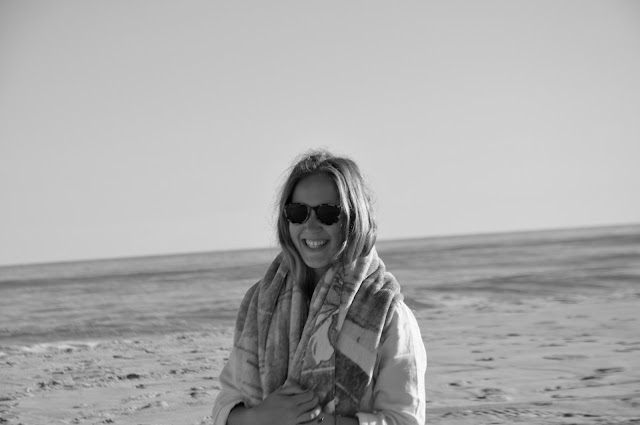 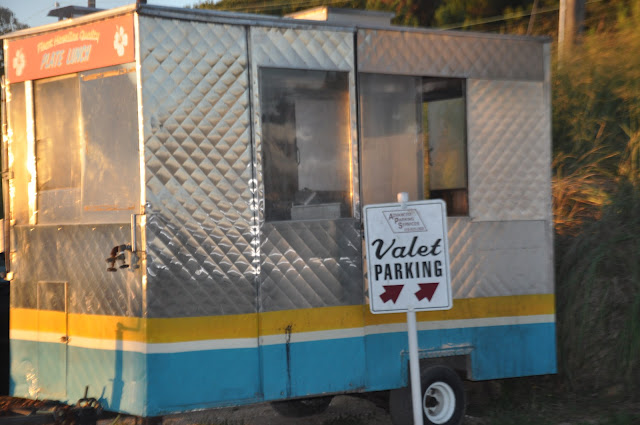 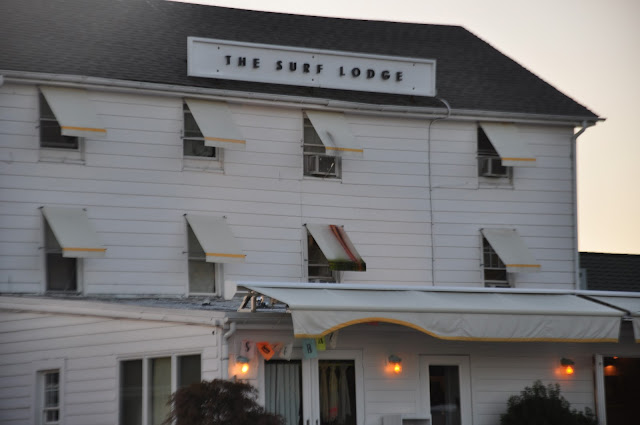 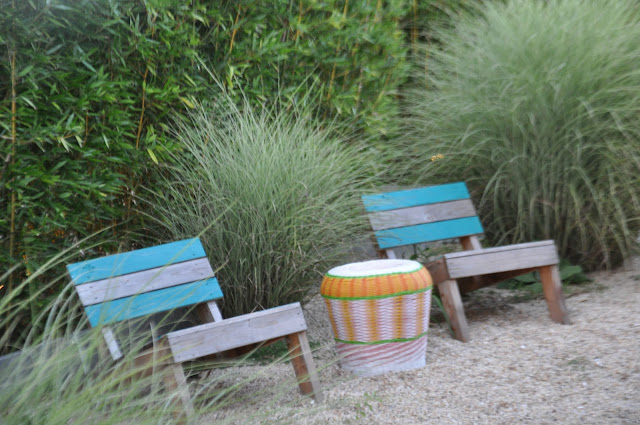 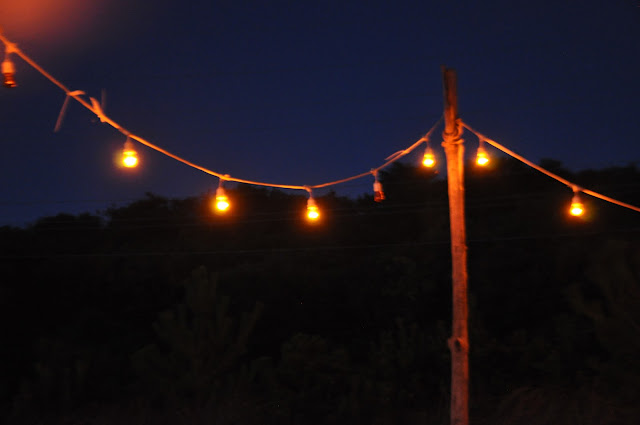 A few weeks ago POPLIN headed to NYC during Fashion Week for a flurry of meetings- with old, friendly faces and new, exciting ones.

Then, brimming with the city's infectious energy, we headed to Montauk for a stolen summer night, before heading back to London.

Of course we had to stay at The Surf Lodge... Honestly, our arrival lunch was marred by an almost laughably rude, "wannabe" surfer/waiter and we were feeling a little sceptical. But after an afternoon on the incredible beach (POPLIN shirt slung over swim suit), The Lodge redeemed itself with an evening of the best reggae, delicious cocktails and fresh, Indian summer food, that soothed the soul and gave me the sort of Cloud 9 feeling that lasted all the way back across the Atlantic.
Posted by Poplin at 17:12 0 comments