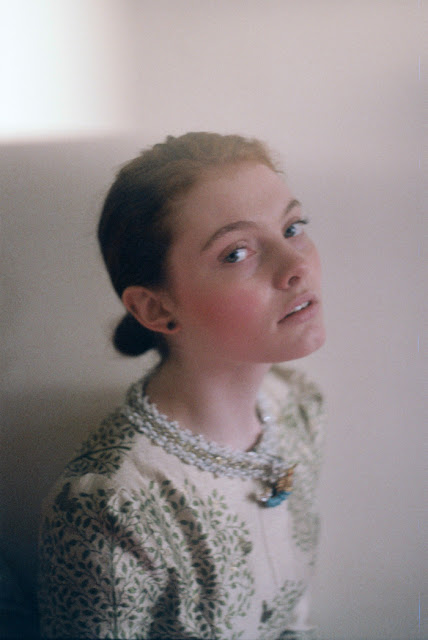 VRAG MAG is a super-cool, independent site based in London. Alongside their blog, they produce a monthly, online magazine, based around a theme that inspires photography, fashion, lifestyle and art features.

The current issue is centred on "Baroque" and the image above is one of my favourites from a "Marie Antoinette" story. The organic combination of green and white is something that's really inspiring the next POPLIN collection. 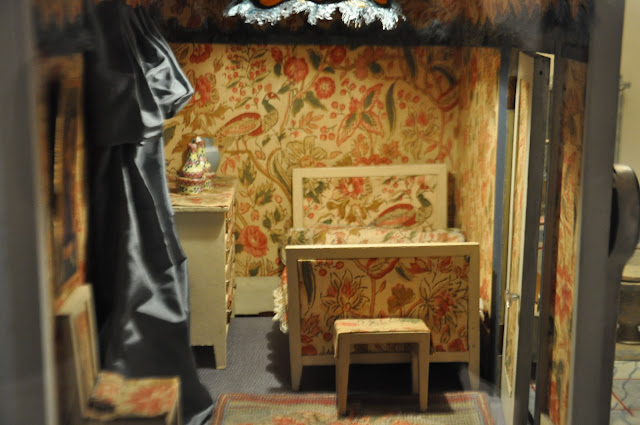 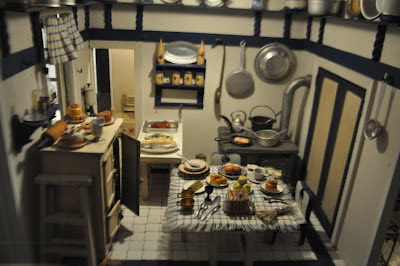 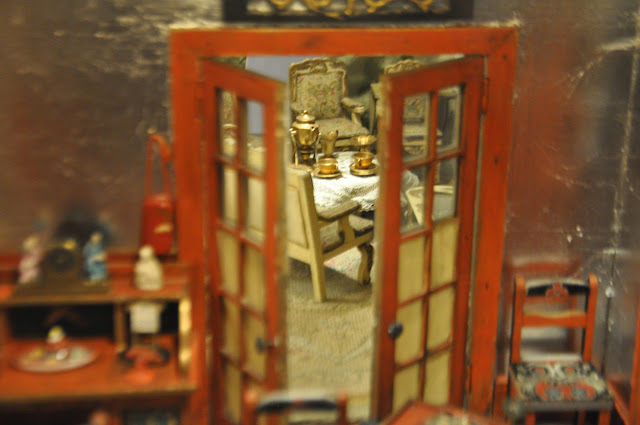 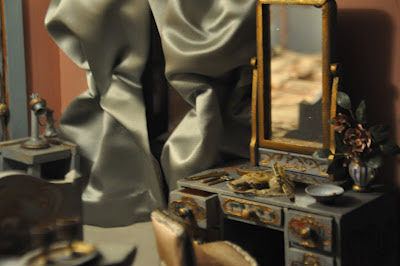 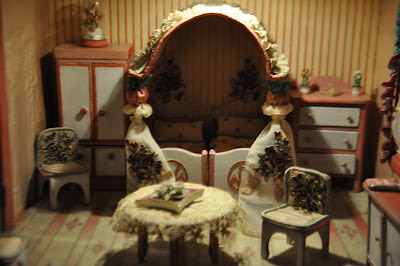 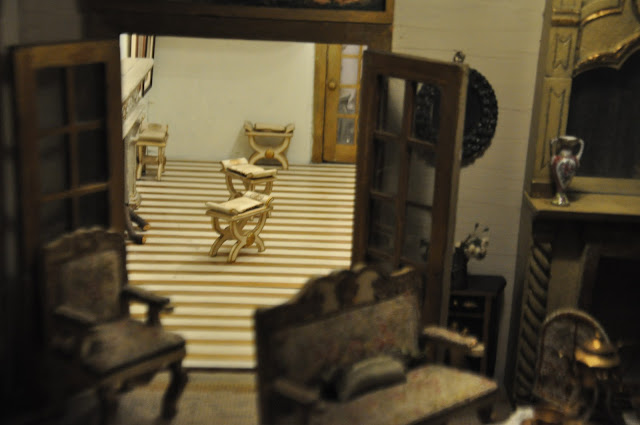 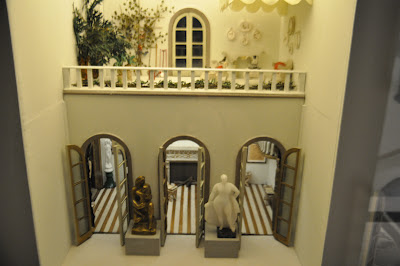 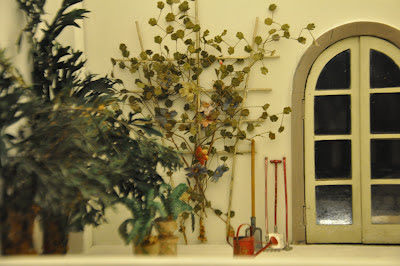 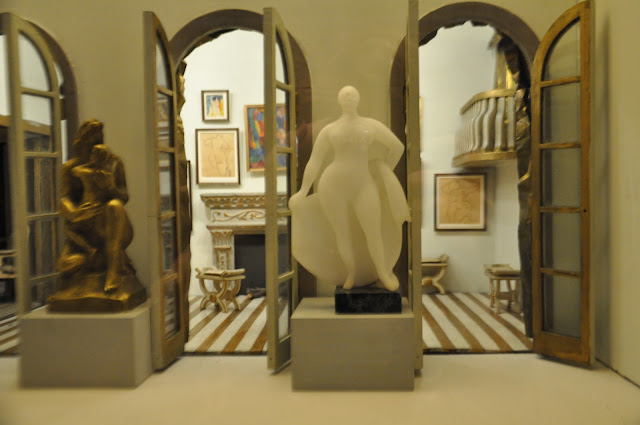 Growing up, my little sister and I were obsessed with our dolls house! We were intoxicated by the idea of miniature perfection, miniature everything, from candlesticks to plates of fancy biscuits, to dressing tables to flower pots.... We'd spend hours decorating our enchanted house, papering the walls, laying little "Persian" rugs and hanging pictures. My father even made an extremely rare foray into DIY and electrically wired the house so that when you flicked the tiny light-switches the rooms would sparkle with tiny lights.

While in the New York City Museum to see the Cecil Beaton exhibition, a couple of weeks ago, I stumbled upon the Stettheimer Dollhouse and fell in love again.

The Stettheimer sisters- Carrie, Florine and Ettie grew up in New York in a family that moved within an exciting circle of artists, writers and critics. Carrie started the dollhouse in 1916, lovingly decorating it, and even "commissioning" miniature works of art from distinguished family friends: Marcel Duchmp for instance made a tiny copy of his Nude Descending a Staircase for the house. Ridiculous and wonderful! 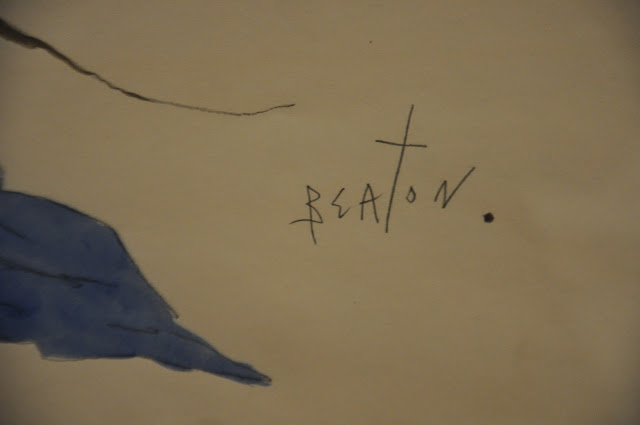 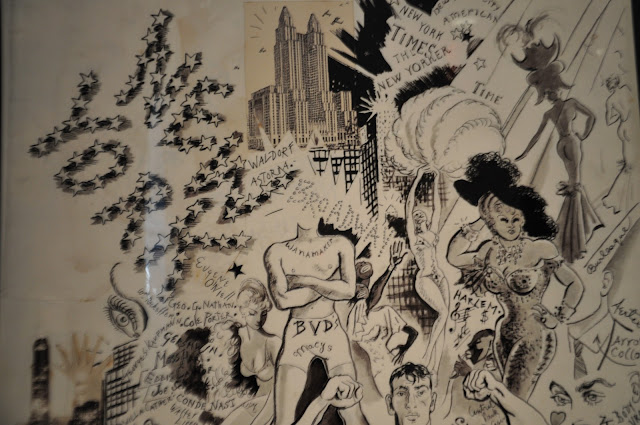 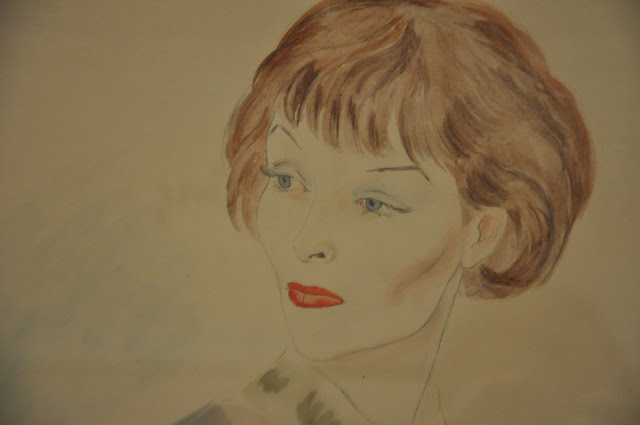 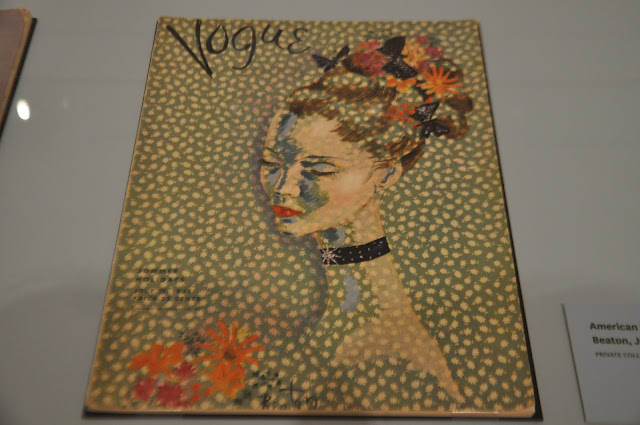 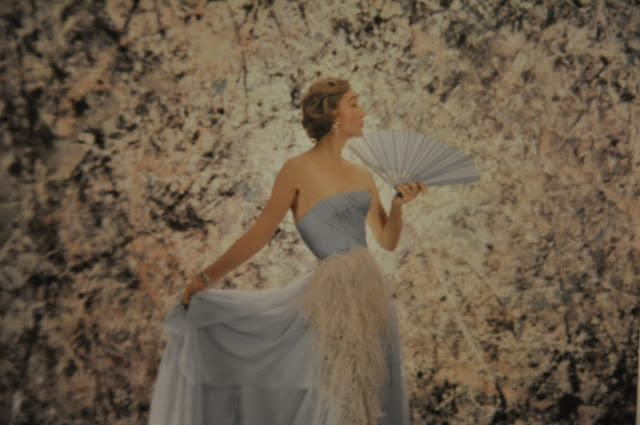 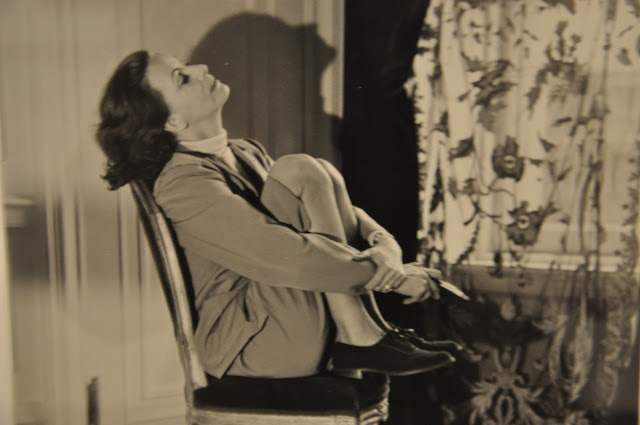 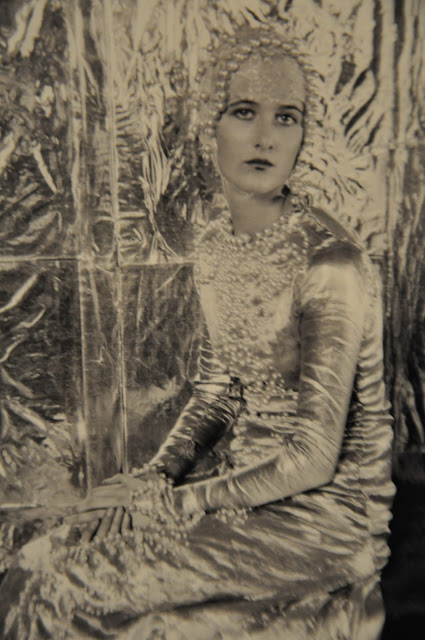 This exhibition, at the New York City Museum, chronicling Cecil Beaton's New York Years- his photographs, illustrations, journalism and a smattering of extant dresses, was an absolute treat!
Fizzy with inspiration and an old-fashioned glamour. It was really striking how the sort of beauty, that sort of beautiful face, that appealed to Beaton was strong, interesting and full of intelligence. It made me long for a time-machine to spirit me back to those Bright Young Days- this exhibition is about as close to that as you're going to get!
Posted by Poplin at 16:46 0 comments 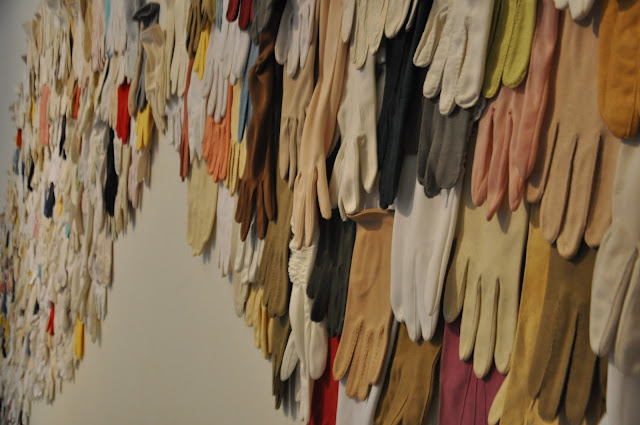 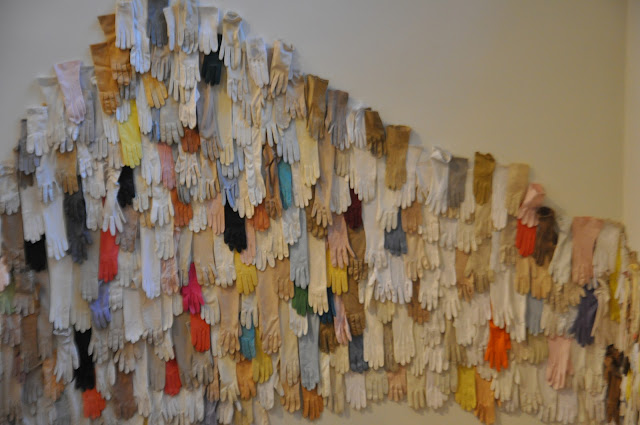 Loved this display of vintage gloves in an NYC branch of J Crew. Lots more from my recent trip to the Big Apple soon... 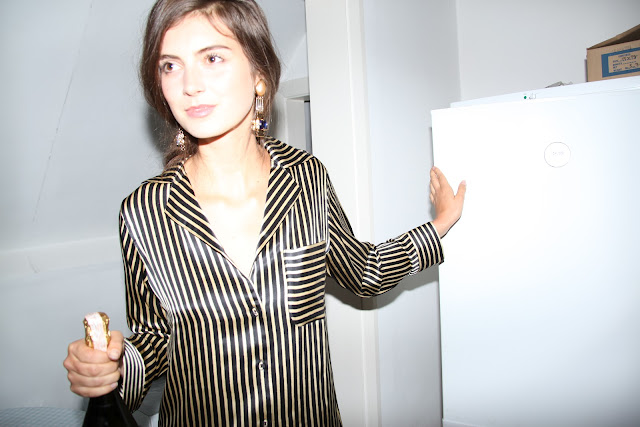 Fashion is definitely having a pyjama moment! So we thought it would be fun to style some pieces from the POPLIN collection as on-trend day and evening looks.

The shoot, yesterday, was such fun! Shot by Agnes Lloyd Platt, we'll share the pictures with you soon, but here's a sneak preview for now... 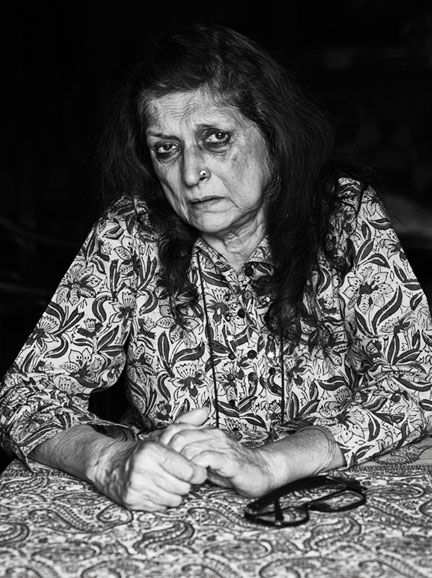 'Lolita' by Bikramjit Bose stopped me in my tracks.

Bikramjit and I worked together on a fashion shoot in Mumbai a few months ago but it's his portraiture that I find most arresting.

Poplin: We began in India and even if indirectly, it inspires a lot of what we do. What do you find most inspiring about working in India?
Bikramjit.Bose: More than India, its Kolkata and Mumbai that inspire me the most. Kolkata is where I grew up and Mumbai is the city I chose to work in. I think its a combination of the inherent nature of these two cities and its people that I thrive on- the soporific mixed with the manic.

P: You specialise in both fashion photography and portraiture. I'm really interested in what connections you find between the two?
B.B: For me, portraiture comes first and in someway will always remain a first as its closer or more in touch with reality I suppose. Fashion photography and portraiture can be very different and worlds apart but I always try to approach a fashion shoot from a portrait photographer's point of view and not the other way around. So a fashion image becomes not just about the clothes but a little bit about the model as well. Instead of using the model as a glorified clothes hanger if you manage to tap into the model's character and idiosyncrasies, it just brings a little more to the picture.
P: Your favourite location for a shoot?
BB: A daylight studio would be great but there aren't any in Mumbai (not to my knowledge) but having said that I don't really have a favourite location. A controlled indoor environment can be just as exciting as the crowded streets.

P: Who would you most like to photograph?
BB: I don't have a wish list of people I'd love to photograph- I'm intrigued by faces that have a story to tell, famous or otherwise, faces that draw me in and make me wonder.
P:  A fashion designer you'd particularly like to work with?
BB: Yohji Yamamoto. Haha I know it's a bit of a stretch but I love the way most of his campaigns are shot - a bit of an old-world throwback. And they're mostly in black and white, not just the pictures but the clothes as well. That's a palette I relate to.
P: What makes a woman beautiful to you? Is that even a "value" you aspire to in your work?
BB: For me, a woman with personality and a strong sense of exactly who she is, is beautiful. Like I mentioned, whether it’s a model, a celebrity or a regular person…what I’m drawn to most is who they are as people, their character and only if you know and are completely at ease with who you are, can you bring that to the table. And it is absolutely a value I aspire to in my work – to know who I am and striving to stay true to that.  P:  I was in New York recently and visited the Frick Collection. I was really struck by how directly some of the portraits in the collection capture a personality. Is there an artist (painter or sculptor rather than photographer) whose work you admire for that sort of ability?
BB: When you speak of portraits capturing a personality, flatteringly or otherwise, the only person that comes to mind is Richard Avedon. I think his work transcended the realm of photography because it is almost as if he could, at will, much like a sculptor, masterfully direct and mould his subjects into a form and expression of his choice P: Poplin is about the luxury of retreating and relaxing. What do you do to switch off and unwind?
BB: Music and movies. I’m a complete cinephile. Movies and music are as relaxing as they are inspiring.

Juergen Teller: Be My Valentine 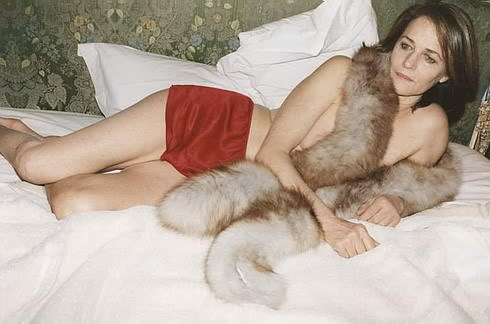 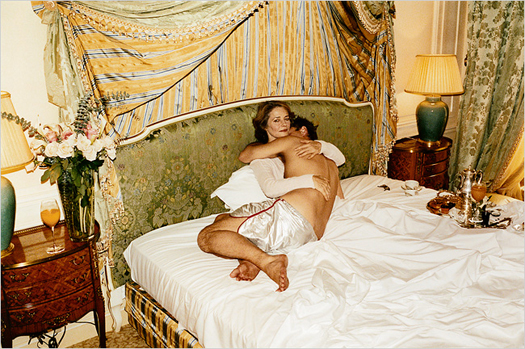 Working on an upcoming Poplin shoot that we hope you're going to fall head over heels for. Absorbed in Juergen Teller inspiration at the moment, and his own particular bleached-out brand of romance...
Posted by Poplin at 15:59 0 comments 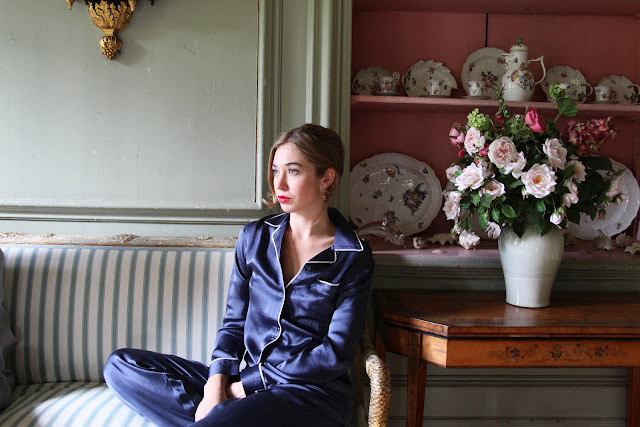 To celebrate Valentine's Day we're offering a 20% DISCOUNT PLUS FREE SHIPPING. Just enter the code "Valentines101" at the checkout at www.poplin.co.uk

Get Ready to Shop! 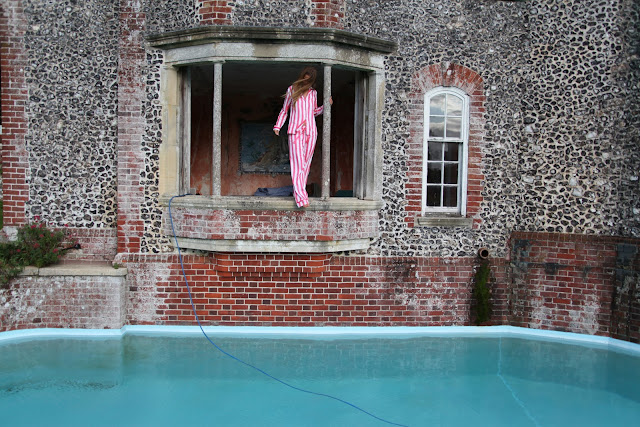 The POPLIN online shop is now live! Take a look HERE.
Posted by Poplin at 09:24 0 comments 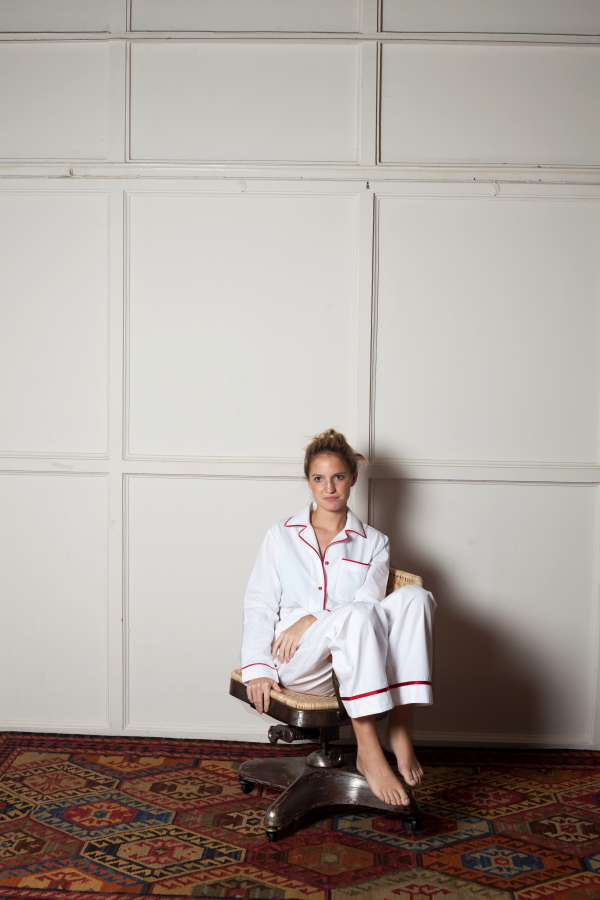 I first met photographer Prarthna Singh, whose whimsical blog you can follow here, when we worked together on a collaboration that culminated in an exhibition at Le Mill- now a POPLIN stockist in Bombay.
We had the sort of instantaneous connection that means easy conversation, shared esoteric interests and lots of laughter!

The one time we've shot together was capturing Daisy in my house in Bombay in her POPLIN Grace Classic Pyjamas. SHOP for them here at the new POPLIN ONLINE SHOP.
Posted by Poplin at 12:27 0 comments