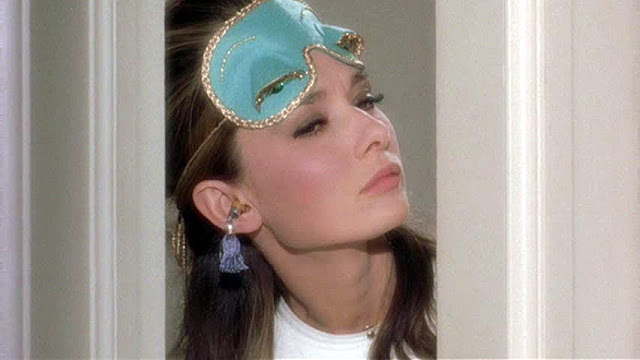 New POPLIN products arriving very soon. Can you guess what they might be?...
Posted by Poplin at 12:38 0 comments

From Another Point of View 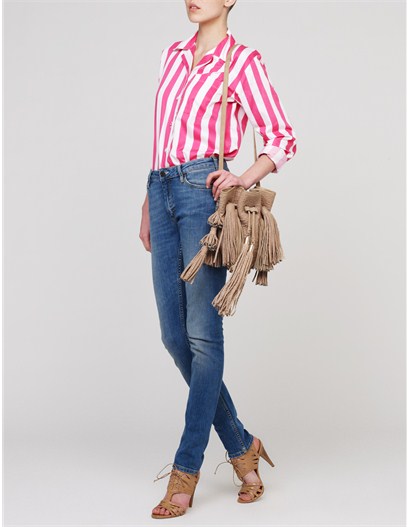 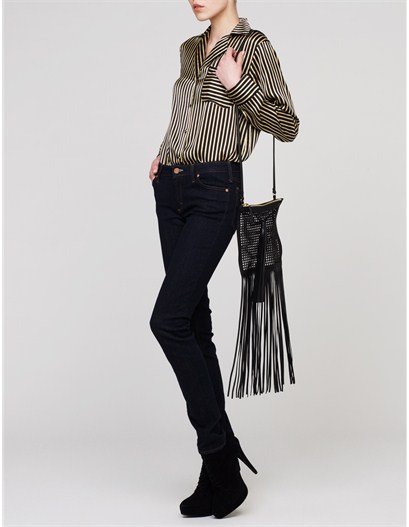 It's a fresh take on POPLIN and we love it! 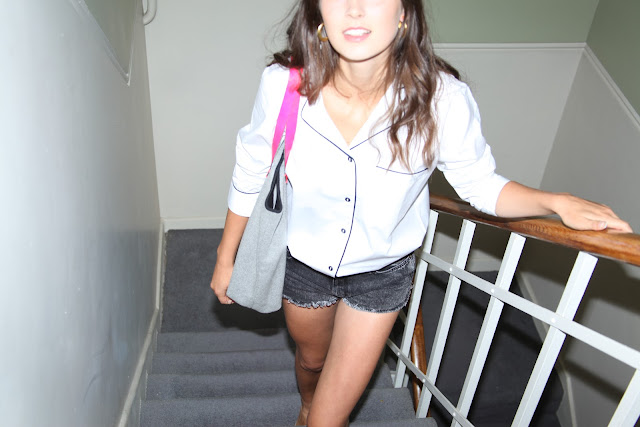 For just one day, POPLIN is having a pop-up sale with Penelope Chilvers who makes beautiful boots, bags, espadrilles, and the perfect dandy slippers to wear with your POPLIN PJs!

Stock up on both at once, perhaps buy a few presents if you're feeling generous, and with proceeds going to The Child Bereavement Trust, you'll be supporting a profoundly worthwhile cause. 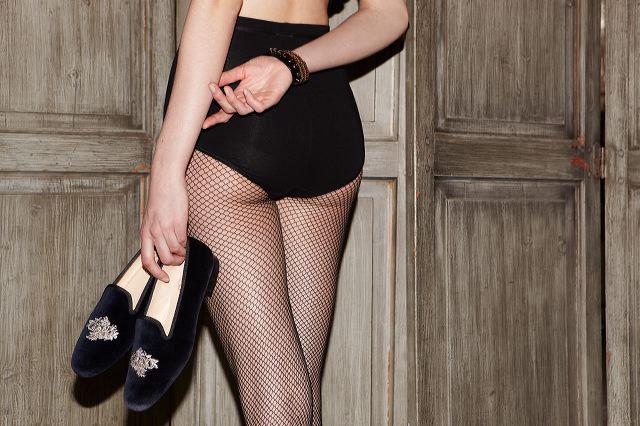 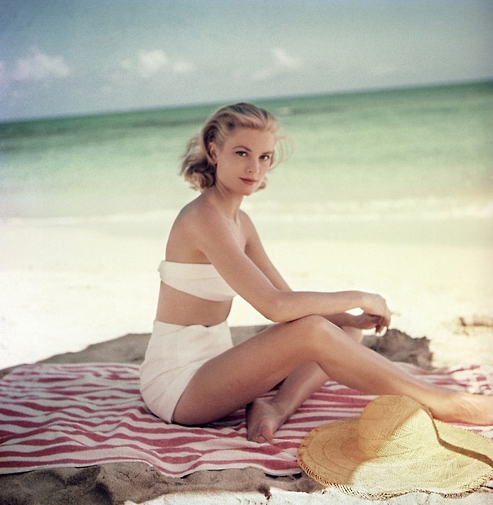 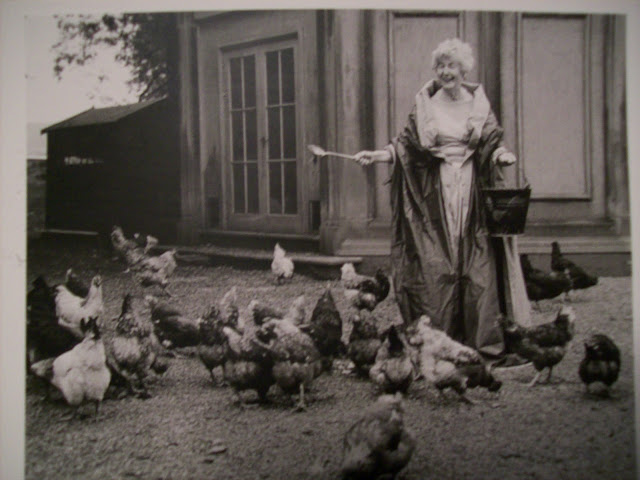 
The POPLIN Mitford Shorts Set is now available on Avenue 32 and at poplin.co.uk,

The Mitford style is inspired by the clever and eccentric Mitford sisters' charming mixture of tomboyish recklessness and debutante elegance. This is Debo, Duchess of Devonshire in the picture above, feeding her chickens in her spectacular ballgown. 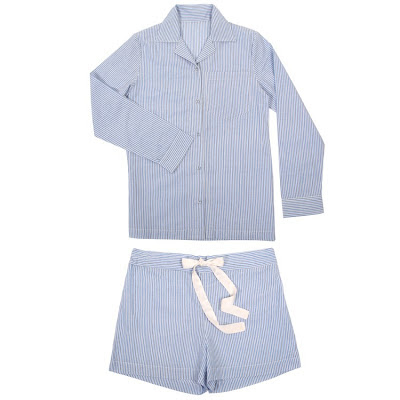 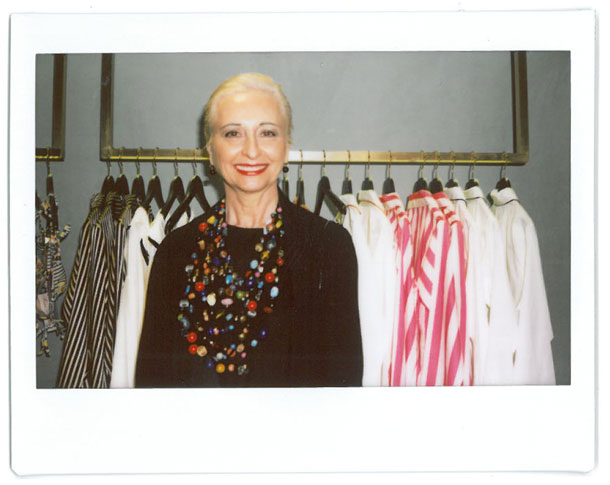 See all Rachel Chandler Guinness's polaroids of the opening here. 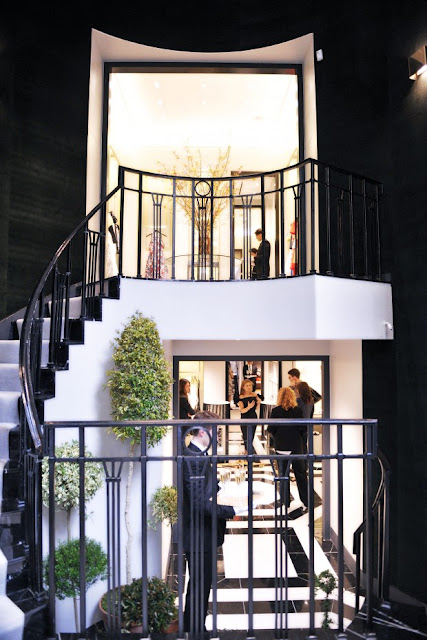 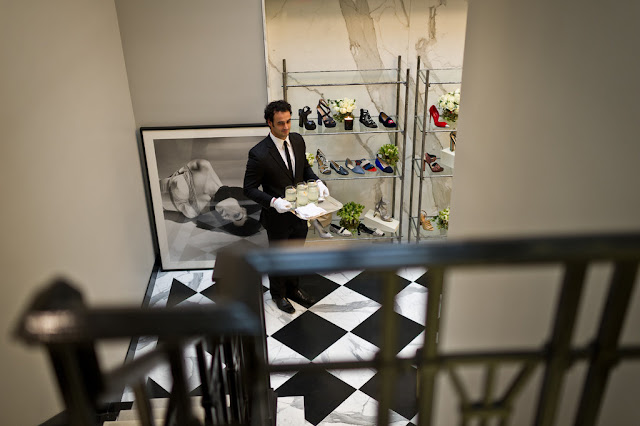 We're so delighted to have our first New York stockist, and not just any old stockist, but amazing, impeccably chic Fivestory! 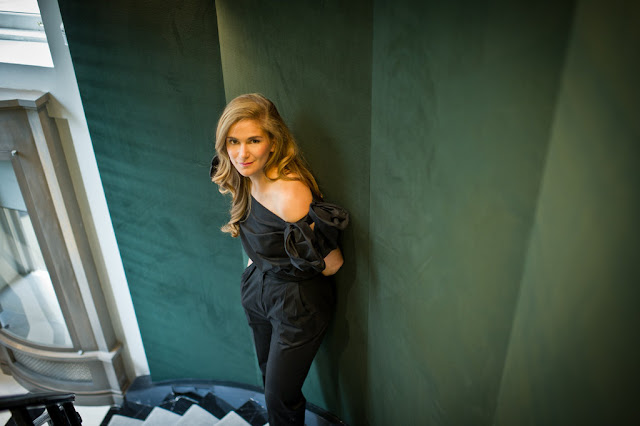 Founded by the talented (and very brave) Claire Distenfeld, when we met back in February we instantly clicked and she fell head over heels for POPLIN- what she says about being a decisive taste-maker is all true!

So pleased to have our collection in the NYC's store everyone from Vogue to The New York Times to the coolest New York girl is talking about right now!

Last night was the Grand Launch: check out the super glamorous crowd and go and see the space for yourself if you can! 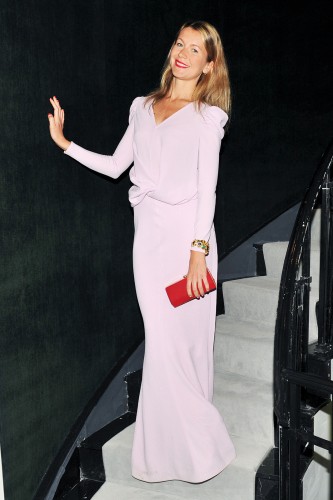 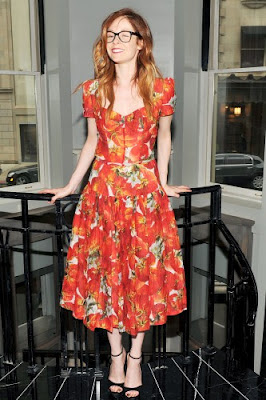 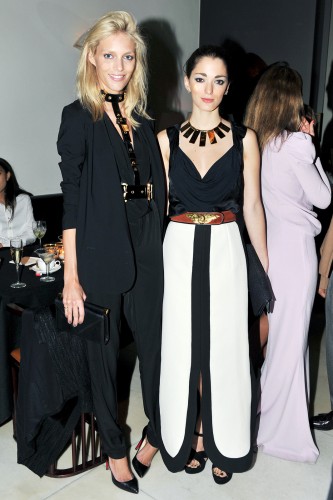 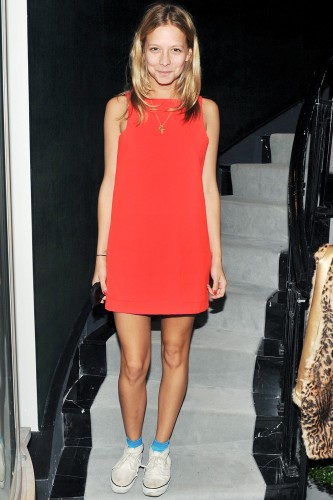 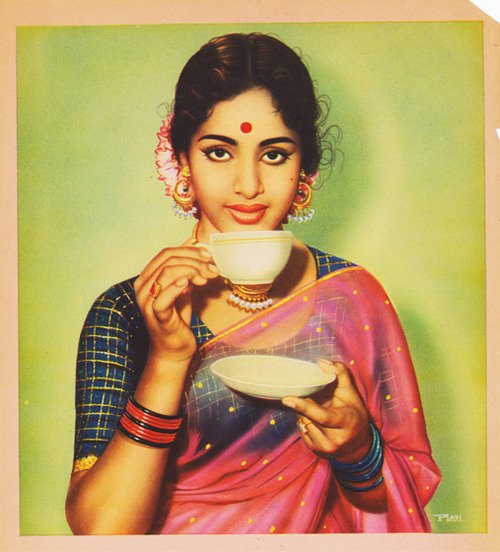 Found (and pinched) this picture from the Nor Black Nor White blog. Friends of mine from Bombay, the girls behind Nor Black Nor White grew up in Canada and have been rediscovering their Indian roots via their bold, colourful fashion label- almost like fashion meets traditional craft meets anthropology.

Missing India, and drinking spiced Indian chai in the fabric market, today. Can't wait for my trip in June!
Posted by Poplin at 13:30 0 comments

Email ThisBlogThis!Share to TwitterShare to FacebookShare to Pinterest
Labels: chai, India, Indian chai, Indian fashion, Lucy Archibald, Made in India, Nor Black Nor White, Poplin, Poplin pyjamas, We the People Are Ready 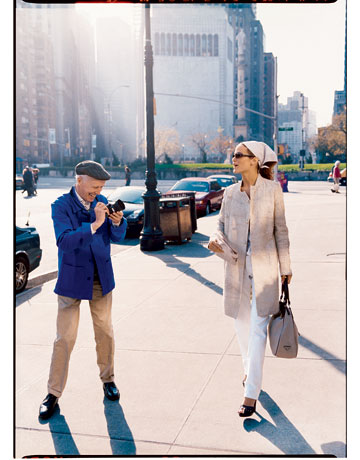 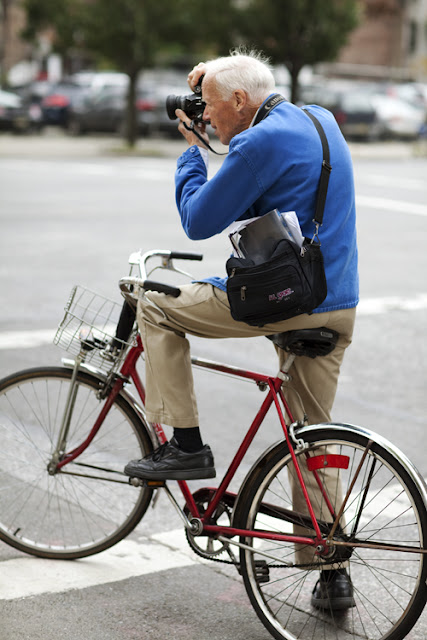 Delight, laughter, lust... yes! But it's a rare thing for fashion to move me to tears, however the New York Times documentary telling the story of maverick street style photographer Bill Cunningham had me sobbing into my popcorn. In a good way...

His attitude to life and working philosophy are completely original and refreshing; an absence of the kind of greed and social superficiality that can seem like the norm in the fashion industry.

"Bill Cunningham: On the Street" offers fashionable inspiration of the rarest kind. Catch it if you can! 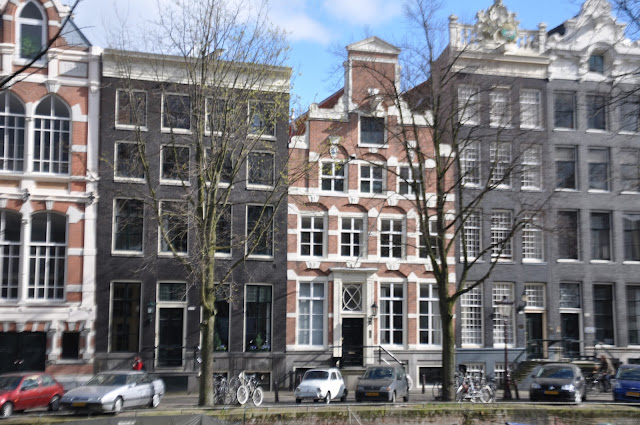 Last weekend, I jumped on a couple of trains and left a hectic week behind for Amsterdam. I fell in love with the elegant facades in their tonal palette of browns and blacks and creams, tried to avoid eye contact with the "ladies in shop windows" that seem to pop up on the most civilised of streets... and had the most delicious dinner at Posthoorn restaurant, in a sweet harbour village 20 minutes outside the city. (They also have five rooms, so after your extravagant Michelin-starred supper you can just climb the stairs to bed- no taxi necessary!) 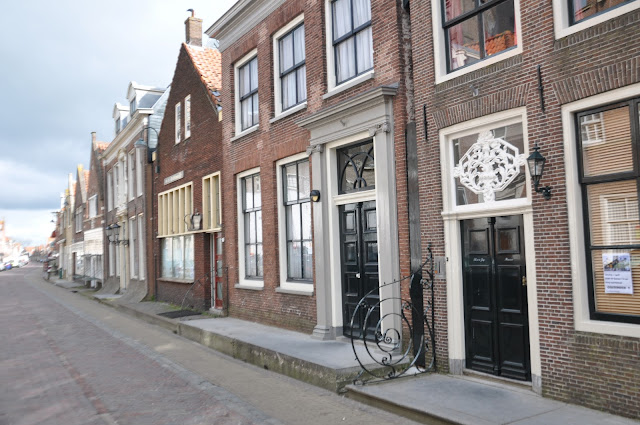 Rembrandt's restored townhouse was our rationed tourist activity for the weekend. Unlike many artists who, quite ironically, even poignantly, are only really appreciated posthumously, Rembrandt was hugely successful while he was alive and lived the high life in Amsterdam. He still managed to accrue lots of debt though and eventually lost his property to his debtors.

In 1911 a museum trust bought the house back, and using the inventory from the sale of all his treasures, the house and studio has gradually been restored to its former glory. 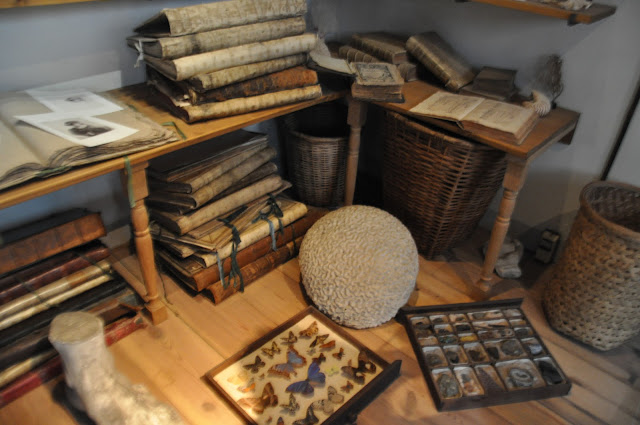 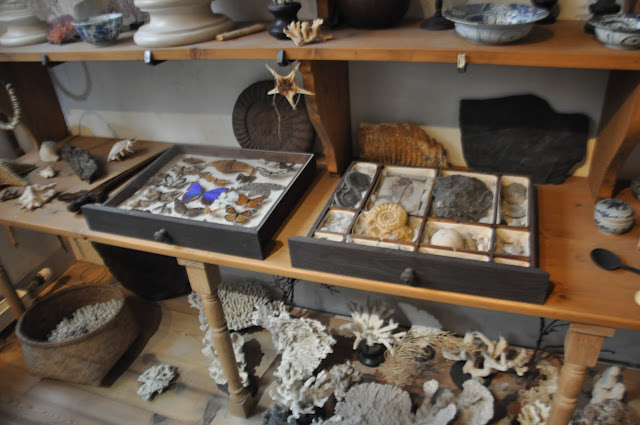 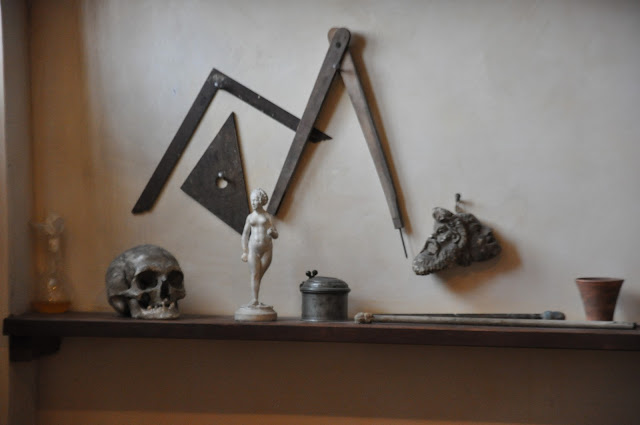 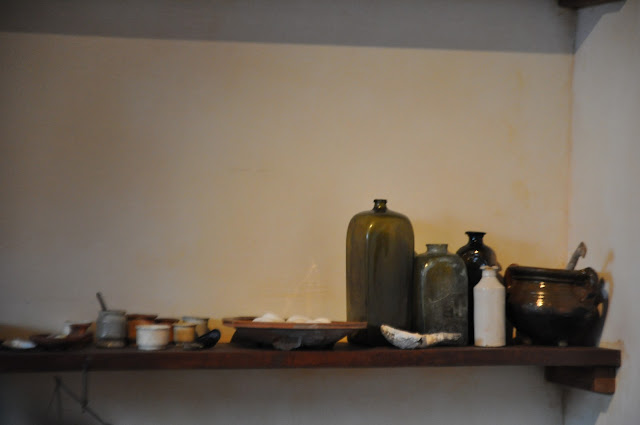